Life and Career as a Series of Tests 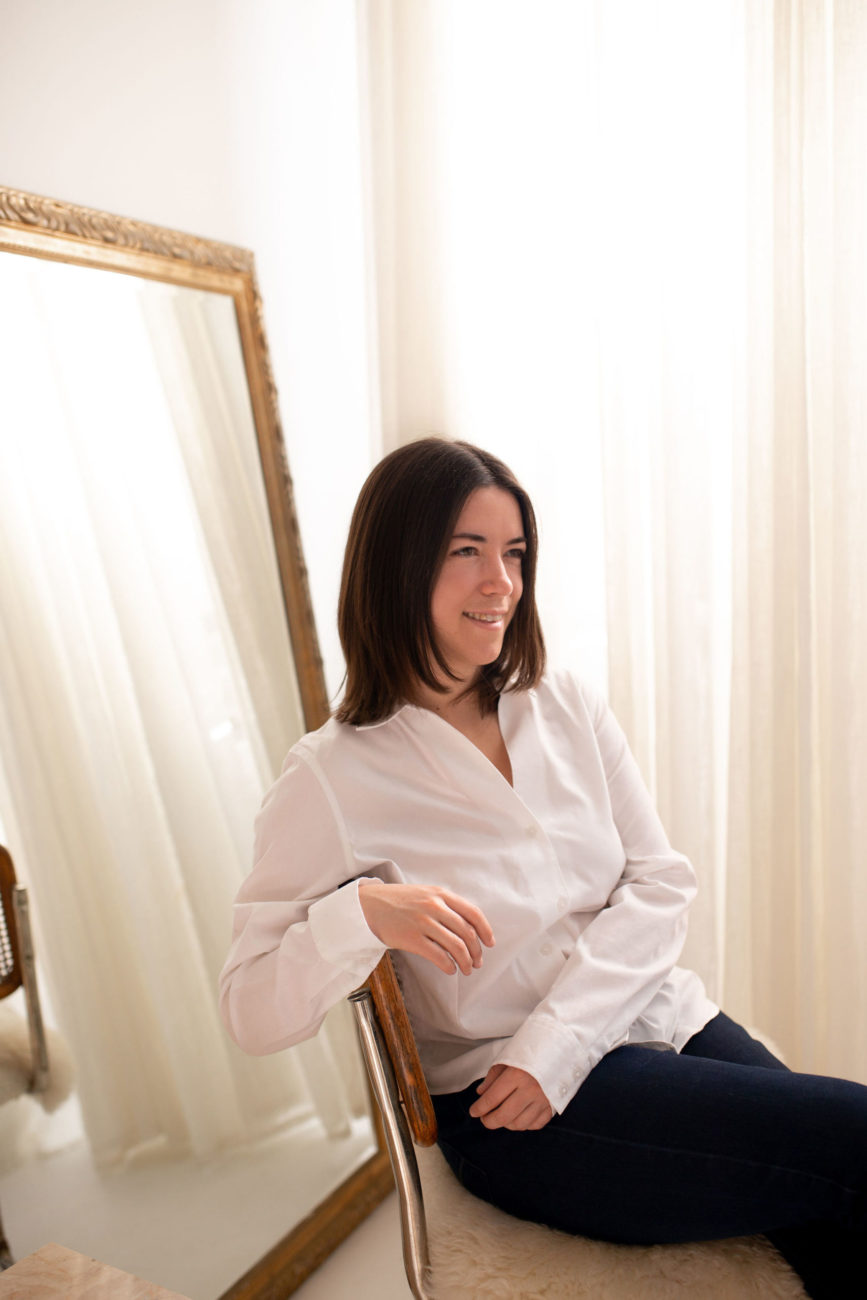 I had the amazing opportunity of meeting with John Krumboltz at Stanford this afternoon. John is a sort of ‘meta’ figure in the field of career counseling – he counsels career counselors on how to do career counseling. When I first learned about him and his work, I was incredibly excited about the possibility of meeting with him while here in California – and he certainly did not disappoint. Our hour together exceeded all expectations that I had. John has perspectives on career counseling that are unlike pretty much anything I’ve ever heard before – but they are the ones that resonate with me the most. Here are my biggest takeaways from our meeting:

There’s no way that you can declare in advance what career is best for you, yet this is the way career counseling is done in most of the world. For example, in England, you have to declare what career you will do for the rest of your life at age 15, and after that, it is very difficult to change. He reference the example of a guy who had written ‘chemistry’ on the little slip of paper given to him at 15 because he’d heard that you could make a lot of money in it. John met him 10 years later, and having done three degrees in chemistry and finally entering a job in the chemical industry, he’d realized that he hated it – yet at 25, he planned to stay in it for the rest of his life anyway because of all the time and work he’d put in to get there, and how difficult it would be to switch. In my eyes, this is a massive tragedy – a young person committing to stay for the rest of their life (or for any length of time, for that matter) in a job that they hate. John and I agreed that this would probably lead to many health problems (as I had in my corporate job after only a few months – eye twitches, neck pains, and back problems that I’d never had before in my life) and for him to come home at night and be mean to his family – for the decision of what to do during the day to affect all areas of his life and make him hate his life. Think of the potential that is lost there – imagine what impact he could make if he was doing what he loved instead.

Krumboltz’s perspective was to simply try out some alternatives to see what you like, because you never know what the world will look like a few years from now or what you will want/like in the future.

Don’t do something now for the sole purpose of getting you to something better later, because the world is changing quickly, and that thing may not be needed anymore or you may not even like it when you get to it. In which case you can choose something else. For example, if I am interested in becoming a VC, I may see the steps towards that as working for a consulting firm or investment bank for 2 years, then doing my MBA, then getting a VC job. Well what if by the time I finish my MBA, VCs are no longer needed in the world for some reason, or I get a VC job and hate it? If I liked the consulting/i-banking and MBA experience, then it’s no worries. If I hated every minute of those 4 years, then that would be pretty sad.

Focus mainly what you would like to do now: His method of counseling advises you to make a list of the things you’d most like to try next, and then choose what is best from among them. For example right now I’d love to travel to India and live in an ashram, go to Startup Chile, do a week at 10 different startups, DJ for a season at a ski resort, etc – and at this very moment, I see the spending a week at 10 different startups as the best option. Then he said to figure out the first step towards making that best option happen – in my case, how would I get the first startup agree to let me shadow them for a week?

Stop thinking/reflecting and just do something: He said you learn more by trying/doing things, not by discussing theories or meditating on it. He said life is a long series of experiments. He never ‘decided’ to be a college professor, but it was the best among the opportunities available to him at the time, and he loved it so much that he stayed. Start doing something valuable for other people now. Engage in the world in a meaningful way. Try to learn from it and do a good job at it.

Every work experience is valuable: He said it’s better to have some job than no job, and that you can learn a lot even if your job is not your ideal one. He said everything you try is a learning experience, and that you shouldn’t view the experience or yourself as a failure if you end up not liking it. He referenced my time in the corporate world as a very valuable experience, and I agree – I learned so much about how I did and did not want to live, what types of work environments I wanted to and did not want to work in, etc. Had I not done had that experience early on in life, I might have made some majorly bad choices later in life. He said that you can learn a lot from mistakes and therefore it is good to make mistakes.

Avoid over-committing unnecessarily: He cautioned me about committing myself to 10 weeks at 10 different startups if I didn’t actually need to. I could start with one day or one week, see if it was a good learning experience, then decide if I want to stay there, go somewhere else, or stop the experiment altogether. I like this idea of making the minimum viable commitment to an experience, rather than jumping in and committing to a year without any testing first to see whether I liked it or not. If I were a student doing the corporate job search right now, I’d ask if I could spend at least a day (or even a week) at each of the companies I was considering – I’d do as much prototyping as possible. I’d talk to past and present employees at the companies. Etcetera.

Set a fun limit instead of a time limit: I asked well what if I spend a few years flitting about to various countries and working for a few months at a time, and then no one wants to hire me because I look so flighty? Wouldn’t my time be better spent trying to work for somewhere like Facebook or Google where afterwards the job possibilities will be endless? He asked if I would enjoy working at those places or at the job opportunities that came about after them – and I don’t know the answer to that. He said you shouldn’t set a time limit on experiences (e.g. “I will stay here for 2 years”), but a fun limit – if you’re not having fun anymore, then quit. Don’t stay in a job you hate just because you are worried it will look bad on your resume if you leave soon after starting – he said these days, that idea is a fallacy because people change careers so often. Plus if you are really worried, you can take it off your CV or only put the year on your CV and explain it to prospective employers in the interview. Don’t be a slave to your CV. Requiring ‘2 years of experience’ is a stupid system – and although you do need to adapt to the stupidity of life in some ways, you can choose to play it like a game. You get success in life by surprising your opponents (Dell, Jobs and Gates did this by succeeding despite their dropout status). He said the world is a crazy place, but you can decide to enjoy it anyway.

You learn the most through what you do in the real world, not through lectures (except if you want to be a stenographer – a professional note-taker). Plus, professors don’t necessarily get chosen based on who has the most knowledge of a topic – they often get chosen on the basis of whether they have a PhD or not (which doesn’t necessarily mean they know more – therefore having a PhD is helpful mainly because the ‘system’ says it is valuable). His view on education was similar to what I’ve been hearing a lot lately – that although having a degree does not necessarily mean you know more, the world is structured in such a way that people with more degrees get more opportunities and more money in jobs. Yet the value of a formal education is grossly over-valued – he stressed that a degree won’t automatically get you a job and that there are lots of unemployed masters and PhD graduates out there. Finishing a degree doesn’t automatically guarantee success, but neither does dropping out (if you were to look at Jobs, Gates, Dell and Zuckerberg as examples). He said in order to prototype a potential degree experience, you could talk to current students, attend classes, and think hard about the potential time and cost commitments of removing yourself from the workforce for a few years. He said to be very cautious about committing yourself to it, but that you could always drop out. And you won’t know if the degree is useful until you finish it.

If I were to boil down John’s proposed steps for career transitions into steps, I would say that they would be as follows (you will notice that this is similar to the design process and also to the lean startup model – it’s amazing how many things in life you can apply these ideas to):

1. Ideate: Make a list of the most fun/awesome/cool/educational experiences available to you

2. Prototype: Choose the best option. Figure out how you can make it happen with the minimum viable commitment

3. Test: Do it to your fullest ability, try to provide value, and learn as much as you can. If you like it, keep going with it. If it gets boring, learn from the experience, and go back to step 1.

I’m going to give this a try.